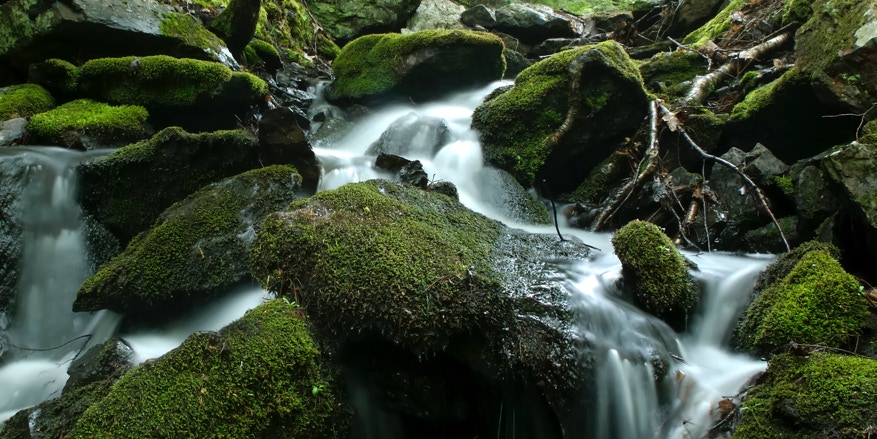 PEPPERELL -- Kneeling on the bank of Gulf Brook that streams through North Pepperell is Kirk Reynolds' way of getting close to nature. Staying low to hide his 6-foot-tall stature from the brook trout in the water, Reynolds would softly cast a fly rod and wait. Rustling leaves and the occasional footsteps of deer are the only sounds he could hear in this deep forest while watching a bald eagle fly over the trees. This rich wildlife is the reason he comes to the conservation land, said Reynolds, president of the Squan-a-Tissit Chapter of Trout Unlimited. And he knows the trout is representative of all the great things he sees here. In other words, said Mark Tisa, assistant director of fisheries for the state Division of Fisheries & Wildlife, trout are like a canary in a coal mine. If trout disappear, so does the healthy environment that provides them home. That's why Tisa, Reynolds and fellow environmentalists are thrilled that trout have a better chance of survival in the Gulf Brook Conservation Area now that they have installed two culverts to help the fish freely travel for miles between Heald Pond and the Nashua River. Whether it's to spawn or to escape from warm water in summer, trout would be able to access all parts of the waterway, helping the ecosystems along the way. "This is just a great project," Tisa said, celebrating the completion of the culvert installation spearheaded by the Massachusetts Outdoor Heritage Foundation. "This is exactly the kind of thing Mr. Nim used to enjoy," he added, referring to Frank Nims, a Marlboro accountant whose fund helped the project. The Massachusetts Outdoor Heritage Foundation celebrated the Trout Habitat Restoration Project at the Gulf Brook Conservation Area yesterday with dozens who cherish the 265-acre town-owned preservation land off Oak Hill Road. Joining the foundation for the event were various project partners, including the Greater Boston and Squan-a-Tissit chapters of Trout Unlimited, the town of Pepperell, the state Division of Fisheries & Wildlife -- which holds a conservation restriction on the Gulf Brook property -- the Nashua River Watershed Association and the state Office of Fishing and Boating Access. These organizations and agencies pulled together private donations and labor to make the $120,000 project happen, according to Susan Benoit of the Massachusetts Outdoor Heritage Foundation. 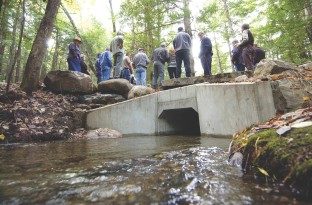 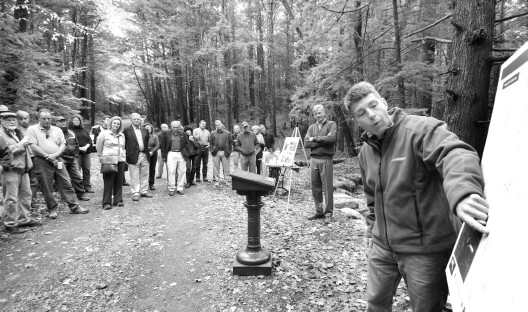 The Gulf Brook Conservation Area encompasses the former Pepperell Springs property, with a winding brook and trail running from Heald Pond to Hollis, N.H. The forest features a steep gorge that lies over an earthquake fault, and the crystal-clear water from the land was celebrated as the best water in the 1902 World's Fair, according to Pepperell Conservation Commissioner Rob Rand. The Trout Habitat Restoration Project replaced old pipe culverts that existed in two locations -- one under a bridge and the other under a roadway -- with three-sided culverts. Unlike the old pipes, which only had puddles of water over their rounded bottoms and made it difficult -- and sometimes impossible -- for fish to swim through, the new culverts have flat bottoms filled with gravel that are seamlessly connected to the brook bed.About $30,000 of the $120,000 project came from private donations from Nim's family and the foundation set up by Stephen Quill, a board member of the Massachusetts Outdoor Heritage Foundation. Quill, who lives in Lancaster, suggested to the foundation's board to take on an environmental project. Area organizations that were solicited identified Gulf Brook as their priority. Mary Griffin, commissioner of the state Department of Fish and Game, thanked all the involved parties, and said the project represents what a partnership among different organizations can accomplish. While there were many Pepperell residents who were ready to do their part, they still needed others help to complete the project, said Pepperell Conservation Administrator Paula Terrasi. James Nim, Frank Nim's son, who lives in Westboro, said the project symbolizes the passion his father, who died in March 2007, had for preserving nature. While growing up, he used to see his father bring back trout from rivers on Saturdays and serve it for breakfast on Sunday mornings, Nim said. Rand encouraged the event-goers to come back to enjoy the conservation area.

"It's a very unique place in Massachusetts," Rand said.